Menu v
Reflections 1
Reflections 2
Reflections 3
Reflections 4
Reflections 5
Reflections 6
God can & God can't
Father's Love Letter
The Letter
God and the Geese
God Whispers & Voice of Love
A Moment of Grace
The List
The Bell
Shoes & Dart Test
Smiles Breaking Through Tears
Don't ever forget & Dandelions
That Awesome Place
The Room
Colours of God
Within Our Reach: Joy
Your Future is full of  ...
A Time to Believe
Beyond the Clouds
Our Lord's Prayer
To Be and Not to Be
Empowered to ...
The Surprise
Easter
Made Right with God & Since
Hiddenness & Alone
Blessings
Christ in You

He was born in an obscure village,
the child of a peasant woman.
He grew up in another obscure village,
where he worked in a carpenter's shop
until he was thirty.
Then for three years he was an itinerant preacher.

He never wrote a book.
He never held an office.
He never went to college.
He never visited a big city.
He never travelled two hundred miles
from the place where he was born.
He did none of the things
one usually associates with greatness.
He had no credentials but himself.

He was only thirty-three
when the tide of public opinion turned against him.
His friends ran away.
One of them denied him.
He was turned over to his enemies
and went through the mockery of a trial.
He was nailed to a cross between two thieves.
While he was dying, his executioners gambled for his clothing,
the only property he had on earth.

When he was dead
He was laid in a borrowed grave
through the pity of a friend.

Nineteen centuries have come and gone,
and today Jesus is the central figure of the human race
and the leader of mankind's progress.
All the armies that ever marched,
all the navies that ever sailed,
all the parliaments that ever sat,
all the kings that ever reigned, put together,
have not affected the life of mankind on earth
as powerfully as that ONE SOLITARY LIFE.

HE IS JESUS
WHO IS HE?

IN CHEMISTRY, HE TURNED WATER TO WINE.

IN BIOLOGY, HE WAS BORN WITHOUT THE
NORMAL CONCEPTION;

IN PHYSICS, HE DISPROVED THE LAW OF
GRAVITY WHEN HE ASCENDED INTO HEAVEN;

IN ECONOMICS, HE DISPROVED THE LAW
OF DIMINISHING RETURN BY FEEDING 5000 MEN WITH
TWO FISHES & 5 LOAVES OF BREAD;

IN MEDICINE, HE CURED THE SICK AND THE
BLIND WITHOUT ADMINISTERING A SINGLE DOSE OF DRUGS,

IN HISTORY, HE IS THE BEGINNING AND THE END;

IN GOVERNMENT, HE SAID THAT HE SHALL
BE CALLED WONDERFUL COUNSELOR, PRINCE OF PEACE;

IN RELIGION, HE SAID NO ONE COMES TO
THE FATHER EXCEPT THROUGH HIM;

JOIN ME AND LET'S CELEBRATE HIM; HE IS WORTHY.
THE EYES BEHOLDING THIS MESSAGE SHALL
NOT BEHOLD EVIL, THE HAND THAT WILL
SEND THIS MESSAGE TO EVERYBODY SHALL
NOT LABOUR IN VAIN, AND THE MOUTH SAYING
AMEN TO THIS PRAYER SHALL SMILE FOREVER.
REMAIN IN GOD AND SEEK HIS FACE ALWAYS.
AMEN

The Greatest Man in History

His Name is Jesus

HIS BIRTH
Jesus...
He could hold the universe in His palm
but gave it up to float
in the womb of a maiden.
Christ became one of us.
and He did so to redeem all of us.

HIS MISSION
Jesus...
The man...
who spoke with such thunderous authority
and loved with such childlike humility.
The life of Jesus Christ
is a message of hope,
a message of mercy,
a message of life in a dark world.

HIS DEATH
Jesus...
The palm that held the universe
took the nail of a soldier.
On the eve of the cross,
Jesus made His decision.
He would rather
go to hell for you
than go to heaven without you.

HIS RESURRECTION
Jesus...
the moment He removed the stone,
He removed all reason for doubt.
Christ's resurrection
is an exploding flare
announcing to all sincere seekers
that it is safe to believe.

We have an Advocate with the Father, Jesus Christ the righteous.
I John 2:1

In Romans 6:9, the apostle Paul says,
“When Jesus was raised from the dead it was a signal of the end of death-as-the-end.”
The resurrection of Jesus is an exploding flare announcing to all sincere seekers
that it is safe to believe!

Because of the resurrection, everything changes.
Death changes.
It used to be the end; now it is the beginning.
The cemetery changes.
People once went there to say good-bye but now they go to say we’ll be together again.
Even the coffin changes.
It is no longer a box where we hide bodies,
but rather a cocoon in which the body is kept until God sets it free to fly.

In John 14:3, Jesus says “I will come back and take you to be with me!”
And to prove that he was serious about this promise,
the stone was rolled away and his body was raised from the dead!

Max Lucado
From When Christ Comes 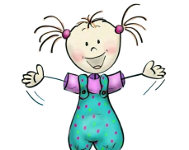 What an incredible journey Jesus made;
what an overwhelming expression of love He undertook;
what an awesome purpose He had in mind.
You were on His heart.
When He left His home in heaven,
He saw you;
when He became a man on earth,
He was seeking you;
when He stretched out His hands upon the cross,
He was reaching out to you;
when He returned to His Father,
He was preparing a place for you.
You are the sheep He has come to shepherd, to guide,
to feed, to protect, to shelter, and to carry.
You are the one He calls His own.